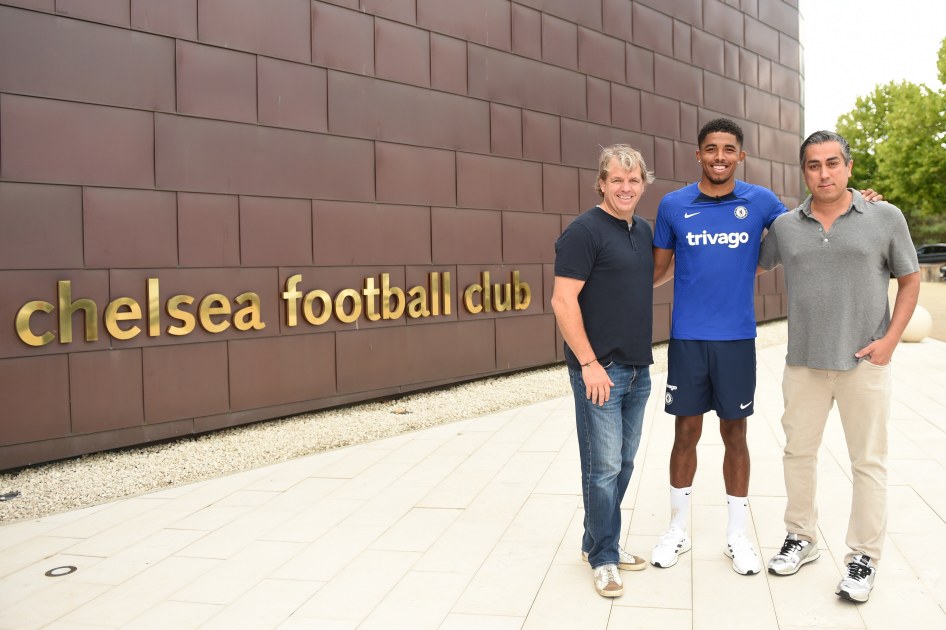 Wesley Fofana is a Chelsea player after today completing a move from Leicester City and signing a seven-year contract with the Blues.

Leicester City have reached an agreement with Chelsea for the transfer of Wesley Fofana for an undisclosed fee.
Wesley moves to west London after two seasons with the Foxes, having joined the Club from French side Saint Etienne in 2020. He departs as an FA Cup winner, having helped City lift the trophy for the first time in 2021, and with a reputation as one of the world’s most promising young defenders firmly established.
During his two seasons in Leicester blue, Wesley made 52 appearances for the Club, including 37 in the Premier League and 11 across two European campaigns.
He departs with the thanks of everyone at Leicester City and the Club’s best wishes for the next phase of his career.

Staff member
That came out of the blue
Monster Munch fund: https://talkingballs.uk/threads/forum-update.40339/#post-1393722
M

That's a guaranteed £91m for him before any endorsements/sponsorship deals.

To be honest, I'd throw my toys out of the pram for a lot less than that.

**** off and have a thoroughly average season.
"I touched my head and I could see the blood but it was OK and I will be ready"

Wonder how far he gets into that before kicking off about wanting his 'dream move' to Real Madrid or PSG. Or until Chelsea release him after ruining his career.

It only goes one of those two ways.

He's gone, now let's move on and get our business done.
M

Brown Nose said:
That's a guaranteed £91m for him before any endorsements/sponsorship deals.

To be honest, I'd throw my toys out of the pram for a lot less than that.
Click to expand...

I feel less upset about this one than I did with Maguire. Fofana is on the up and up and I’m sure the injury will have scared him into grabbing this chance. As well as the fact he did the same to St Etienne to get to Leicester.

It’s a shame I can’t support him in a foreign league and hope he stinks out the next 7 years at Chelsea like Maguire seems to be doing.

I honestly think he could be the best CB in the world and it was always, sadly, unlikely that he was going to stay at Leicester for long.

Please get the transfers in right now!
E.I.E.I.E.I.O
M

I’m annoyed. Genuinely think he’s going to be the best in the world. Understand the club was backed into a corner.

Normally I'd wish players luck in moving on but I really struggle to with how this has played out, mainly with the new contract from us just a few months ago.

Saying that though, if he really is on £250k per week that is ****ing mental and can see why he has forced it through.

Still hope he ends up going on loan to a Dutch team for a couple of years next season after being a complete flop this year.
Our liquid lives, this is how we all survive.

Wesley - may I be the first on here to wish you all the best. I hope that in the years to come, you look back on winning the FA Cup with Leicester City as the outstanding highlight of your career.

Don't blame him for wanting to go. However, it seems he's acted like a petulant child in the process.
Ooh ahh Mustapha! 9 years of brilliance. Thanks a lot Muzzy!