They're talking about us

Willlow said:
Has Maddison been in a squad since the casino incident?
Click to expand...

Yes, in fact his only appearance was after it - he's hard to argue that he didn't get a chance

jb5000 said:
Yes, in fact his only appearance was after it - he's hard to argue that he didn't get a chance
Click to expand...

He’s played once for England. I think it’s a very easy argument to make that he hasn’t been given a fair chance and a chance that his form deserves.

If our shit form continues under Rodgers, and the club continue to not invest in the playing squad, the whole team remains the confused mess that it is now, and he’s continually played out of position, Maddison should leave because he is better than that. And this would be the case whether he’s in the England squad or not.

The England thing is clearly a personality issue, not a footballing one. And to play devils advocate, that is the prerogative of the overrated waistcoat-wearing twat. On form, he gets in before all those other attacking midfielders.

By sticking with Rodgers and what I see therefore as an inevitable relegation scrap and likely relegation, the club is giving up hope of keeping the likes of Maddison, and all of our other better players who aren’t out of contract next summer, for the long-term.

Surely this mythical rebuild that Glover has been brought in to oversee would be easier and better for the club if it was built around the likes of Maddison.
Never let the pressure exceed the pleasure
T

Also, Mount is completely shit and should be know where near the Chelsea team, never mind the England setup.
The Soccer Stadium Guide
The TEK Blog

I no.
Nobody can delete the history you wrote
T

This is a blow. He was doing some excellent work in modernising a right old mess behind the scenes.

Very tough few years ahead for him. Poor guy.

At least we made the top 4 in something
Are you out of your tiny shiny ****ing mind?​

Willlow said:
At least we made the top 4 in something
Click to expand...

We came 2nd behind Millwall on banning orders
It is never too late to be what you might have been. 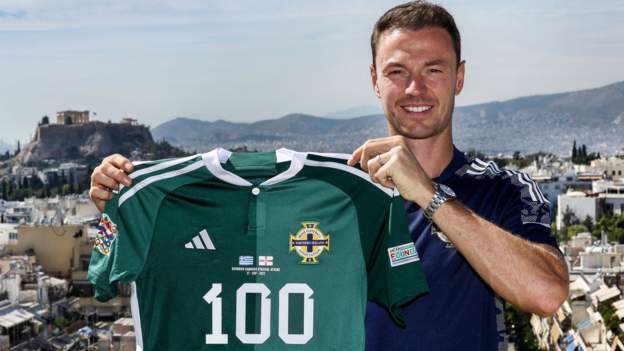 'I realised what playing for NI means' - Evans before 100th cap

As he prepares to win his 100th international cap, Jonny Evans says he has learned to appreciate playing for Northern Ireland more and more as he has grown older.

www.bbc.co.uk
Nobody can delete the history you wrote