He was at Spurs but they didn't offer him a new contract at the end of last season, so he was a free agent.

He spent the second half of last season on loan at Exeter. He only played once for their first team, and was subbed at half time.

Nice to have options in attic.

But is he better than our Spanish superstar Raul?

Apparently he is good on the counter attic.

Staff member
Our under 21s are in Northern group B in the Checkatrade Trophy, with Bury, Fleetwood and Rochdale.

I cant see him making it to be Frank

Staff member
Leicester City goalkeeper Daniel Iversen has signed a new contract with the Football Club ahead of a season-long loan to Oldham Athletic.

The 20-year-old has agreed a new deal to 2021 and will join the Sky Bet League 2 side for the new 2018/19 campaign after impressing for Leicester City’s Development Squad last term.

A Denmark Under-21 international, Daniel was part of the Development Squad that finished third in division one of Premier League 2 in 2017/18 and will further his experience with Frankie Bunn’s Oldham, who open their League 2 campaign at home to MK Dons.

City’s Development Squad will also welcome two new faces for the 2018/19 season with the arrival of right-back Louis Ramsay on a one-year deal and striker Ryan Loft on a contract to 2020. The 20-year-olds have both appeared several times for the Under-23s during pre-season.

A quick and explosive full-back, Ramsay arrives after a four-year spell with Norwich City, where he was a key part of a Development Squad that reached two semi-finals in 2016/17 before spending last season on loan with National League side Woking – making 30 appearances.

The Swedish youth international has spent the last four seasons with Aston Villa’s academy and will now join Leicester City Development Squad as they look to build on an impressive campaign last season.

Johansson, 19, came through the ranks at boyhood club Hammarby in Sweden and quickly built an impressive reputation in English youth football.

He will now further his development with City’s Under-23s, who kick off their Premier League 2 campaign against Swansea City at King Power Stadium on Monday 13 August.

Strange business is our academy, loan our own players out to really low level clubs every year and then sign other clubs rejects who are the same age.

Do we have any local kids in leicester who can actually play football?

Staff member
The under 23s are 1-0 up against Swansea at half time. Ndukwu with the goal.
It's live on lcfc.com

Finished 1-0 and they did okay.
From what I saw I liked Josh Knight, Darnell Johnson the speed of Uche (not so his accuracy), Elder and the new keeper made a couple of good instinctive saves.and Hamza was as calm as ever,

Staff member
Team for the game against Reading. Live on lcfc.com now 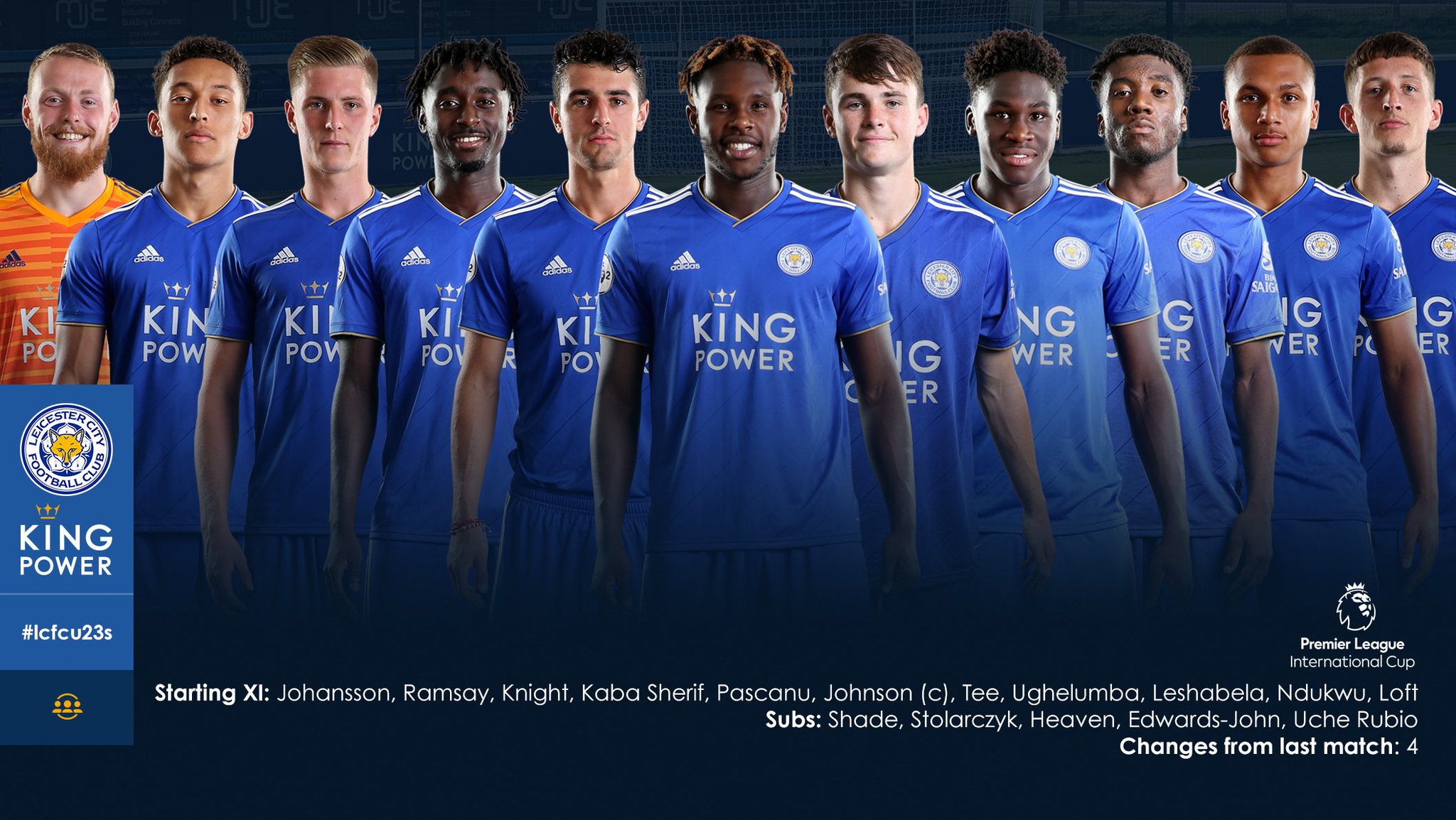 The U23 match against Reading is live now on LCFC TV. However, as usual, it’s not working.

SJN-Fox said:
The U23 match against Reading is live now on LCFC TV. However, as usual, it’s not working.
Click to expand...

It's working for me.

No Hamza, must be in the wider squad for tomorrow

It is for me now.