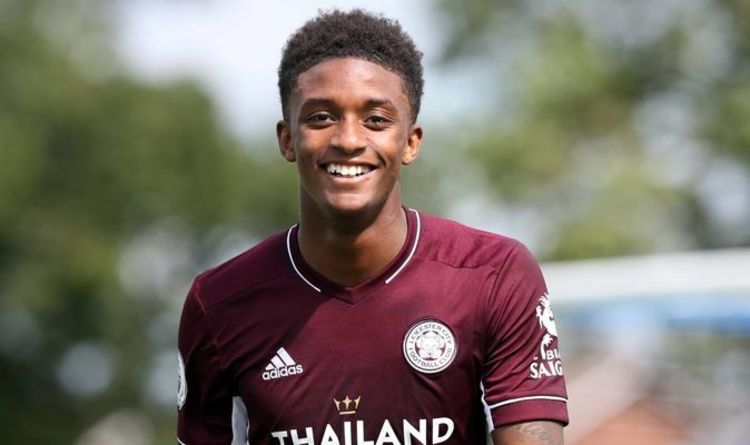 Tottenham are reportedly set to make a move for Leicester City's Demarai Gray.

If you read the whole article, it goes on to say:

"And Tottenham are apparently ready to pounce and sign him for free next summer when he is able to walk out of the King Power Stadium.

Speaking to the Transfer Window Podcast, transfer expert Duncan Castles explained that Leicester officials think he will be on his way to north London next summer."
Monster Munch fund: https://talkingballs.uk/threads/forum-update.40339/#post-1393722
M

Brown Nose said:
I can still see Iheanacho having a crucial role to play this season.

It isn't a good look to ridicule someone who has generally done a perfectly decent back up striker job. He's on a hiding to nothing really and he just gets on with it.

Yes he's limited but I'd rather back someone that we'll need at some point.
Click to expand...

Completely agree, but a lot of what you say is why I think he needs a change long term.

Let's go get Danny Ings in the summer

Graz said:
Let's go get Danny Ings in the summer

Graz said:
Let's go get Danny Ings in the summer

I like Ings a lot and he’s a logical replacement for Vardy but he’s too old for us to invest the money in. Doesn’t quite fit our existing model.

Miles Away said:
I like Ings a lot and he’s a logical replacement for Vardy but he’s too old for us to invest the money in. Doesn’t quite fit our existing model.
Click to expand...

He's only got a year left on his contract, by the Summer, so that's why this is all being talked about now and he might be available for less than expected, that being the case.
Scientific Progress Goes "Boink"

And he gets injured a lot

FOX Franks said:
One of the BBC rumours page excerpts today is that RB Leipzig have shortlisted Kelechi
Click to expand...

I assume they are getting their lists from Superscout.

Nah nah, he's ace. He'll really be missed. I'm not so sure we'll survive if he goes. His goals, assists, xG thingybob.... all speaks to a top quality striker at the top of his game.

And welcome to all of the fans and staff of RB Leipzig who might be having a look at this forum to read of the high praise we lavish on our dearly loved Kelechi.

We are interested in Christian Eriksen according to John Percy.
Ooh ahh Mustapha! 9 years of brilliance. Thanks a lot Muzzy!

Leicester have shown an interest in bringing Christian Eriksen back to England as manager Brendan Rodgers plots how City can maintain a Premier League title challenge.
Eriksen can leave Inter Milan this month and has been linked with a return to Tottenham Hotspur, where he spent seven years before moving to Italy last January.
Despite significant hurdles, the prospect of Eriksen rejoining Spurs has not yet been dismissed but Leicester have emerged as a potential alternative destination in the Premier League.
Leicester briefly moved to the top of the table after beating Chelsea on Tuesday night and are just two points behind leaders Manchester United, who moved back to the top spot on Wednesday night.
Rodgers played down talk of a Leicester title challenge following the victory over Chelsea, but interest in Eriksen would suggest he is looking at whether or not he could strengthen his squad.
Leicester are already without Dennis Praet, who has a bad hamstring injury, for around three months and further space could be made if the club sell or loan out Demarai Gray, who has interest from Bayer Leverkusen, and Hamza Choudhury, who has been linked with West Bromwich Albion and most recently Newcastle United.
Leicester’s finances have been impacted by the coronavirus pandemic and lack of fans, but the Foxes have already managed to get big earner Islam Slimani off the wage bill after he joined Lyon.
Sources in Italy have claimed that Inter would demand that Tottenham paid a fee and covered Eriksen’s wages to take him back on loan, while other clubs would only be required to pay his salary, which would total £3.5 million after tax, for the rest of the season.
Eriksen was one of the best midfielders in the Premier League at Spurs and would suit the style of play of Rodgers, having played a similar high-tempo game under Mauricio Pochettino in north London.

That makes me moist. He was the only thing I liked about Spurs. I'm a little unsure how he'd fit in (wages, personality, position, etc - I really don't want the boat rocked) but he's a damned fine player (edit) or at least was.

Yeah go on then, I’d take him on loan or something. I think I’m right in saying that he’s been shit in Italy but he used to be great. We’re going to have to flog the tits off Madderz and Youri for the rest of the season without another creative midfielder.
"I enjoyed many slices. What can I say? I’m an Italian man. I love my pizza and my pasta."

Not for me. He has been absolute garbage for two years now.
There are 10 types of people in this world; those who understand binary, and those who don't.

tedfoxxx said:
Yeah go on then, I’d take him on loan or something. I think I’m right in saying that he’s been shit in Italy but he used to be great. We’re going to have to flog the tits off Madderz and Youri for the rest of the season without another creative midfielder.
Click to expand...

Youri will be fine. He could play several games in one day as he doesn't even need to run because dictating a football match is soooo ****ing easy for him.
there's only 1 keegan!!!!

he plays in a position where he isn't needed, we need cover for Tielemans not the no 10 position

Id take him in a heartbeat. I presume Kasper could influence?
Ooh ahh Mustapha! 9 years of brilliance. Thanks a lot Muzzy!