Charlton will start the season with a new manager, by the looks of things.

This is a cracking statement, to be fair

Charlton Athletic have been unable to reach an agreement with manager Lee Bowyer regarding the extension of his contract.

The fact the club is for sale has not helped with finding an agreement. The current owner needs to take into account that a new owner may want to appoint his own manager. However, this concern did not stop the current owner proposing a contract extension of one year to Lee Bowyer, even though the club may be sold in a few weeks. Under those circumstances a multi-year extension would not be good business practice.

In addition, since the club is still losing money, which is one of the reasons why the club has not been sold yet, the focus on reducing costs means that we are extremely limited on payroll increases.

Lee has been offered a one-year extension to his contract at a level which is approximately three times what he had since his last increase when he became permanent manager in September. It is six times what he earned when he started as assistant manager in 2017 and 50% more than what any Charlton manager previously had (excluding the Premier League years). This reflects the strong desire we have to continue to have Lee as our manager. But Lee wanted much more.

The owner understands Lee’s point of view, because many Championship clubs pay huge amounts (some pay millions of £ per year) to their manager. It is fair that Lee feels he should be paid like many other Championship managers. That the average Championship club makes a loss of around £15 million per year is not something players should care about. The owners are crazy.

This is why we could not come to an agreement. Another element may have influenced as well. Unlike previous contract discussions, Lee wanted an agent to handle it. We reluctantly accepted. However, involving a player agent in a manager’s contract discussion is not healthy. If the agent helps make the manager more money, it may result in the manager to have a more positive attitude towards players proposed by the same agent, a conflict of interest. Obviously, Lee is above such things, but it is nevertheless not a healthy situation.

The club hasn’t started to look for any other manager in the meantime and does not intend to appoint a permanent manager, since the club is going to be sold. A caretaker manager will be announced in due course and in the meantime the other staff members will continue to prepare the upcoming season for which a lot of good work has been performed already.

If Lee does change his mind before his contract expires and chooses to continue his good work at Charlton, he is still welcome to stay.

However our ability to sell the club is the most important thing right now.

Charlton Athletic boss Lee Bowyer has agreed a one-year contract extension with the club a day after the Addicks said they were unable to agree terms.

The 42-year-old led the Addicks to the Championship this season with victory in the League One play-off final.

On Monday the club said Bowyer turned down a one-year contract extension.

"This has been a long process and I never wanted to leave, I love this club," he told the official website after signing a new deal.

"I'd like to thank the owner for giving me the initial opportunity and now for continuing to believe in me."

Looks like a wind up by the whacky folks at PaddyPower, either way they’re ****s. 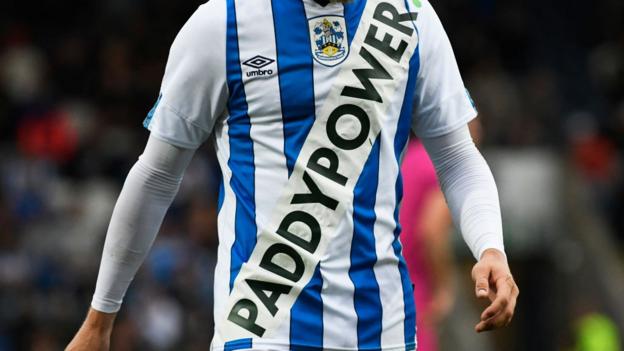 The FA contacts Huddersfield about the heavily branded kit the Championship side claim they will be wearing for the 2019-20 season.

tedfoxxx said:
Looks like a wind up by the whacky folks at PaddyPower, either way they’re ****s.

The FA contacts Huddersfield about the heavily branded kit the Championship side claim they will be wearing for the 2019-20 season.

its a campaign they have "unsponsored" the shirts of Huddersfield, Motherwell and Newport County

They looked ok for the first 10 mins, then it went shit for them. Leeds away next, too.

Huddersfield wield the axe after home defeat to Fulham including Anthony Knockaert, who always sees to do well against them, usually he scores too.

Could be another relegation for the Terriers, unless they get the right manager. 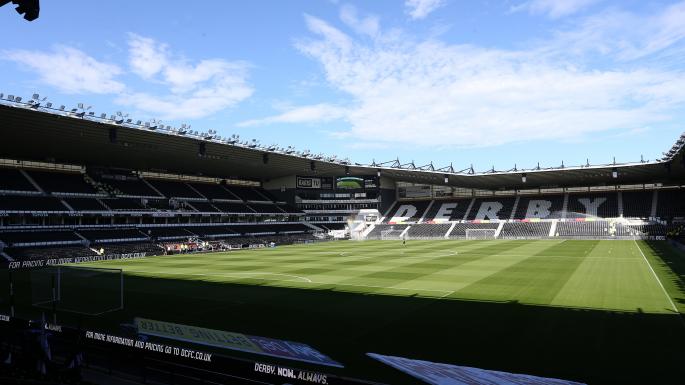 Derby County could face sanctions over sale of Pride Park

Derby County could yet face sanctions for possible breaches of financial regulations after the Football League ordered an independent valuation of their Pride Park stadium.Derby are among a number of

Derby County could yet face sanctions for possible breaches of financial regulations after the Football League ordered an independent valuation of their Pride Park stadium.

Derby are among a number of clubs who have been accused by rivals of exploiting a loophole in the rules that has allowed them to buy their stadium to make themselves financially compliant.

That has prompted the EFL to commission property experts to provide a valuation of the Sky Bet Championship club’s ground, The Times can reveal. Sources have said that independent stadium valuations have also been commissioned for Sheffield Wednesday and Reading.

In Derby’s case, the owner and chairman Mel Morris used a separate company to purchase the ground for £80 million — with a deal to then lease it back to the club — when it was listed as an asset on the club’s books with a value of only £41 million.

It meant that Derby reported a pre-tax profit of £14.6 million this year when losses in excess of £13 million per year over a three-year period amount to a breach of the EFL’s profit and sustainability rules. Last season, Birmingham City were docked nine points after recording total losses of £48.8 million from 2015-16 to 2017-18, taking them close to £10 million more than the £39 million limit.

It remains possible that Pride Park’s valuation could be boosted by a proposal to build a roof that would make the stadium a multipurpose venue, but the 24 planning application documents listed on Derby council’s website appear to be focused on a two-storey extension for a food court.

One property expert with knowledge of Pride Park believes that it could be valued even lower than the £41 million previously stated in Derby’s books.

A senior figure at a rival Championship club dismissed plans for a new roof at Pride Park as “irrelevant” when it had not been built at the time of the purchase by Morris.

Derby, who have made a slow start to the season under new head coach Phillip Cocu and are 19th in the Championship, are already under renewed scrutiny after signing the former England captain Wayne Rooney as part of a controversial £100,000 a week player/coach deal in collaboration with a betting firm.

Clubs have accused Derby, among others, of breaching financial fair play rules, with Middlesbrough even reportedly considering legal action.

The Middlesbrough owner Steve Gibson levelled such accusations at Aston Villa and Derby at a meeting of Championship clubs in March, and the Leeds United owner Andrea Radrizzani argued that Derby should have faced sanctions for selling their ground to their owner.

“We should revisit the rules,” Radrizzani said at the Financial Times’ Business of Football Summit. “We were judged as a cheating club when we sent a scout to watch [Derby] training, so they should take a similar view on what I would say is greater cheating by these clubs.

“If it’s cheating to send a scout in a public street, what should be the punishment of selling the stadium to a sister company to increase income of the clubs?”

Derby, Wednesday and Reading have consistently denied breaching any regulations.

This could get interesting. 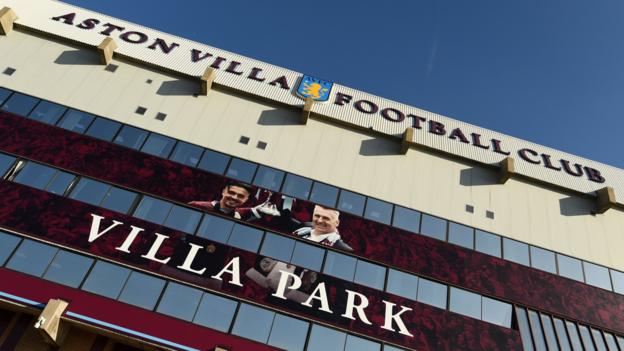 The Premier League will assess whether the sale of Villa Park to Aston Villa's owners breached financial fair play rules.

Blue Maniac said:
This could get interesting.
Click to expand...

Could. Won't. League will bottle it.

Thus could be good for a laugh. 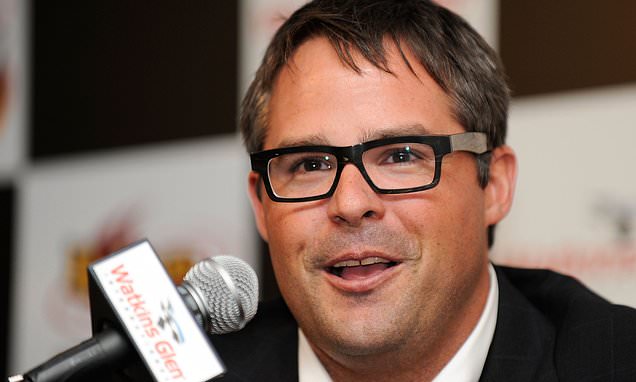 EXCLUSIVE BY MATT HUGHES: Foster Gillett is understood to have held talks with Derby owner Mel Morris about a takeover which values the Championship club at around £60million.

EFL to be sued by Middlesbrough over the Derby stadium sale. 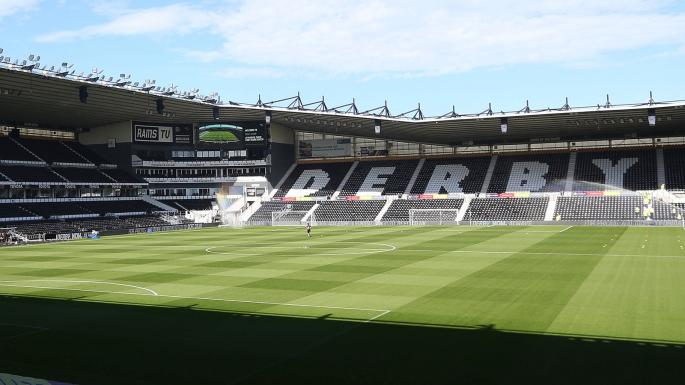 Middlesbrough are set to sue the English Football League, alleging that it failed to enforce its financial rules over Derby County’s purchase of their own stadium.In an unprecendented move, the Sky 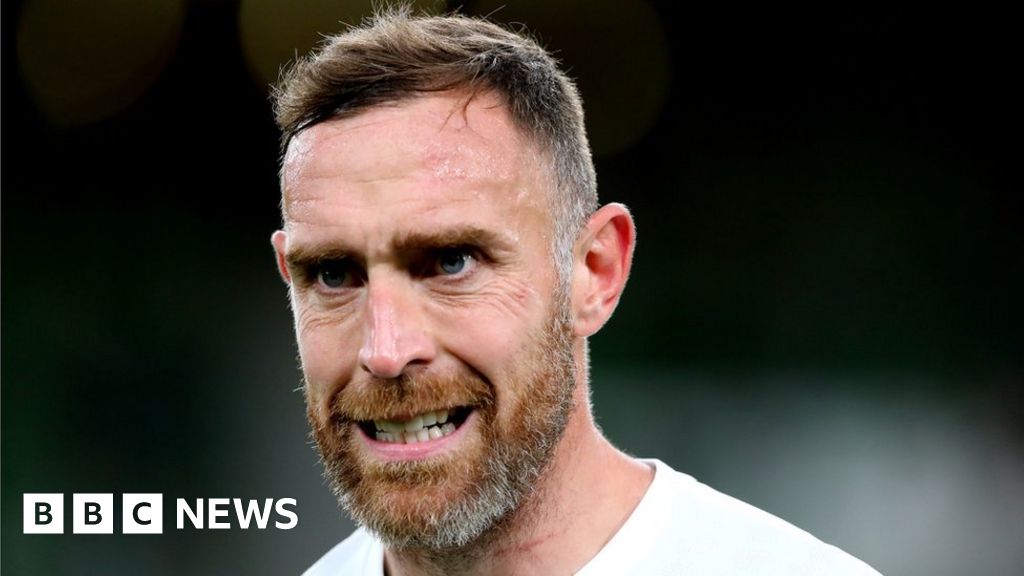 Derby captain out until end of season after crash

Fellow Derby players Tom Lawrence and Mason Bennett have been charged with drink-driving.

Tunrs out the shaggers captain decided to get a lift back from a pissed up young player that crashed and is now out for the season.

At least they've got Rooney to look forward to in January.

What a gang of quarterwits

A Leicester fan up to no good perhaps