I’m stunned that anyone would read that Andy King article and even consider him.

FOX Franks said:
I’m stunned that anyone would read that Andy King article and even consider him.
Click to expand...

Perhaps it lost something in the translation.

FOX Franks said:
I’m stunned that anyone would read that Andy King article and even consider him.
Click to expand...

Sporting definitely would have had a copy as well

I feel pretty sorry for Drinkwater. He has let himself become a cautionary tale. It feels like bad fiction. Footballer who stumbles on success beyond his wildest dreams after being overlooked by Manchester United, only to become a complacent alcoholic joke and drown in his moment of success.

It’s sad this happened. The people who did it should face justice... Drinkwater should however have never allowed himself to be in that position.

I hope he finds his way back to some success. He needs to catch on quick that his chances of playing at this level may have already deserted him for good. Burnley was his chance to prove he had something left. It’s a shame to think he may have ****ed it.

I’d have gone with Preki. Staff member
That was a cross.

Jeff said:
That was a cross.
Click to expand...

I don’t really watch films, so what has Will Ferrell go to do with it?

I think he meant it.

Miles Away said:
I think he meant it.
Click to expand...

He admitted he didn’t

Skitzo said:
He admitted he didn’t
Click to expand...

I don’t believe him!

Miles Away said:
I don’t believe him!
Click to expand...

Puel may be in the running for a return to Monaco. 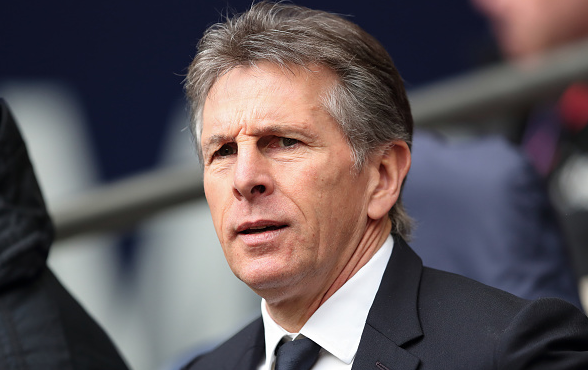 Wanting to try something outside of France after a successful spell at OGC Nice, Claude Puel decided to go to England, where Southampton and Leicester City gave him opportunities. Both instances ended up with him departing rather unceremoniously, and while that might have affected his stock in...

Adrien Silva will be delighted with that...

TornadoShaunUK said:
Adrien Silva will be delighted with that...
Click to expand...