pork pie fox said:
Interesting. I’ve just watched it too. Loads of it isn’t even from the Premier League, it’s from when we were in the Championship, which shows how long ago it was. There are clips repeated, as if they haven’t got enough material to work with, too. The clips of him jogging in an England training session aren’t exactly adding much either.

Who on earth is that meant to work for? Surely anyone interested in signing him can easily access dates clips of him anyway.
Click to expand...

Just read on Football365 that he has played two under 23 games for Chelsea this season, both defeats and he stunk the place out in both.
Rock Badger anyone?

Real Sharapova said:
Just read on Football365 that he has played two under 23 games for Chelsea this season, both defeats and he stunk the place out in both.
Click to expand...

Been eating too many eggs by the sound of it

Real Sharapova said:
Just read on Football365 that he has played two under 23 games for Chelsea this season, both defeats and he stunk the place out in both.
Click to expand...

That was impressively bad. Ran all that distance to get back and not defend in any way whatsoever.

The renowned Premier League and Championship manager reflects on his coaching career thus far and how it has shaped his approach to coaching the modern player.

leadersinsport.com
There are 10 types of people in this world; those who understand binary, and those who don't. Leicester City stars past and present react as Wasilewski retires

www.leicestermercury.co.uk
It's alive Jeff, but not as we know it.

Leicester City stars past and present react as Wasilewski retires

None of them are stupid enough to say anything bad about him...

Not the Aberdeen police!

That’s a bitch of a commute for matches. Wonder how it’ll work with training?
"I enjoyed many slices. What can I say? I’m an Italian man. I love my pizza and my pasta."

jb5000 said:
It comes to something that Leicestershire Constabulary will take on someone with a conviction for taking a bribe
Click to expand...

Isn't that the joke?

There’s a joke?
It is never too late to be what you might have been.
O

Kevin Ellison. Where are they now?

Here actually (from the reliable BBC).

One player who makes almost every other player in the EFL, look like a youngster is Newport forward Kevin Ellison.

The 41-year-old, who has been playing since the last century, joined the Exiles in September after nine years with Morecambe.

Understandably he's primarily used in a 'super sub' role these days and he came up trumps on Saturday.

For the first time in his very long career he entered the field as his team's fourth sub after the EFL permitted clubs to use five replacements on Wednesday.

Thrown on with five minutes to play against 10-man Port Vale, Ellison bagged the winner from close range in the final of six minutes added on to send the Welsh side top of League Two.

That goal made Ellison, at 41 years and 272 days, the oldest scorer in the top four tiers since David Eyre scored for Oldham against Scunthorpe in May 2006 aged 42 years and 69 days.
✓ I am not a robot.

Isn’t that what he’s always been doing then? 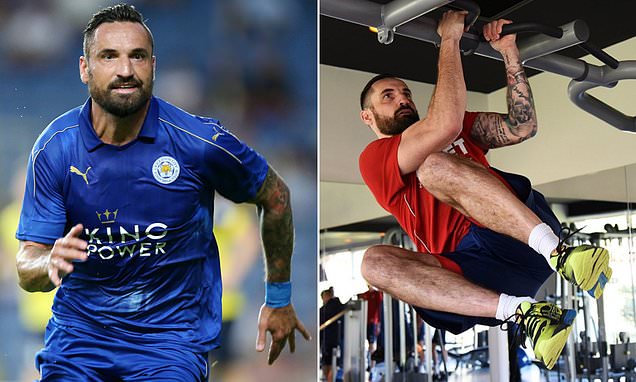 The Polish defender spent four years at the King Power Stadium before leaving for Wisla Krakow in 2017 and he retired earlier this month. Now he has been tipped to make a move into MMA.