Ismaila Sarr apparently close to sealing a loan to buy move to Palace.

Bizarre - surely someone else will come in for him?

We wanted him last summer, seems strange to not go back for him.

...I think Ricardo is one of the best all round RBs playing right now though, so Chilwell not being as good is not criticism of Chilwell
Click to expand...

I agree with most of what you say, especially about Ricardo, however, for quite a while I had my doubts about him. I didn't think he was a good defender and was really a right sided midfielder/attacker, I'm pretty sure I wasn't the only one who thought this.

Tempting on a free but the injuries are just too much of a concern for me, unless we get a pay as you play type deal

Bizarre - surely someone else will come in for him?

We wanted him last summer, seems strange to not go back for him.
Click to expand...

Agree. Thought he looked decent when I've seen him play, although I think he's often using his pace to get to the byline and cross - which is a bit pointless for us when we'll probably only have Vardy in the box.

Maybe we're looking for someone who can cut inside a bit more?

Payne74 said:
Yep and some on here seam to think Chilwell is Roberto Carlos, with the excuse he doesn't need to defend because its the modern way.
I would rather we had a proper defender and a proper winger rather than a jack of all trades but master of none which is what Chilwell is.
Click to expand...

Luke Thomas never played as a full back in the first team, which is the position Chilwell plays so its not a direct comparison 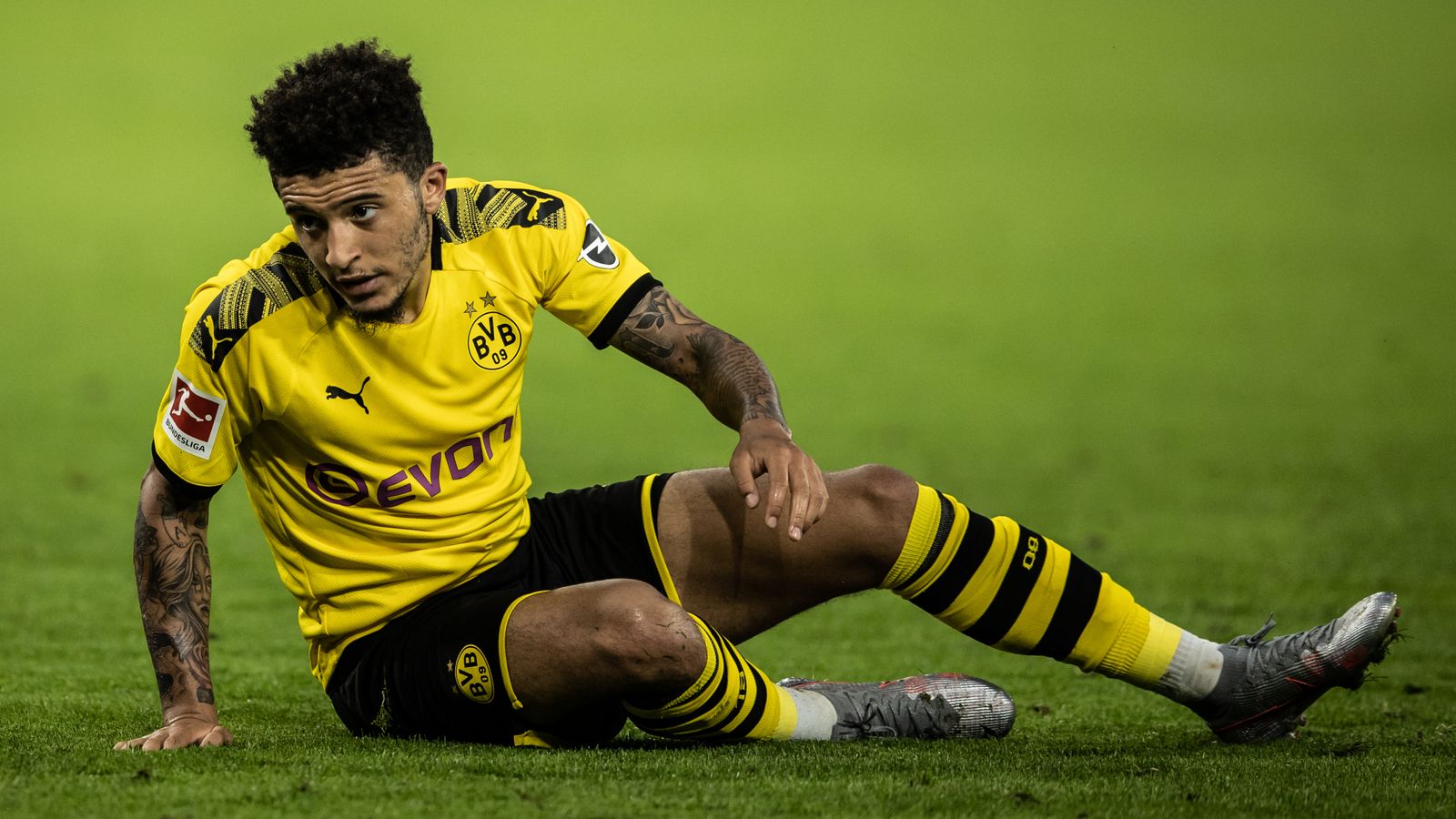 The two biggest transfers of this summer are likely to be players moving to the Premier League from the Bundesliga: Jadon Sancho wants to leave Borussia Dortmund for Manchester United and Kai Havertz wants to swap Bayer Leverkusen for Chelsea.


Lyon are prepared to sell former Chelsea winger Bertrand Traore this summer and he has been watched by a long list of Premier League clubs including Newcastle United, Leicester City, Everton and Crystal Palace.

Lyon paid Chelsea £9m for Traore three years ago after he had impressed during loan spells at Vitesse Arnhem and Ajax.

Leicester City have emerged as the new favourites to sign Brentford striker Ollie Watkins, according to the bookmakers.
Watkins is being tipped for a summer move to the Premier League after the Bees narrowly missed out on promotion to the top flight.
Aston Villa and Sheffield United have both been linked with the former Exeter City star, who scored 26 goals for Brentford during the 2019-20 season.
But the Foxes have now overtaken Villa as front runners with the bookies.

"Leicester City are the new clear favourites in the race to sign Brentford attacker Ollie Watkins, following a flurry of bets on the move," says Oddschecker.
"In the last 24 hours, bookies have cut odds from 12/1 all the way into just 6/4, as money continues to be placed on Brendan Rodgers' side.
"During that same time frame, a whopping 62% of all bets in the market has backed the Foxes to add another exciting English attacker to their ranks."
Villa's odds have drifted from 11/10 out to 5/2, with the Blades currently priced at 7/2, having previously been as short as 6/4.

Crystal Palace are listed as 8/1 shots to sign Watkins, followed by Brighton (11/1), Leeds (12/1), West Ham (20/1) and West Brom (25/1).
Oddschecker spokesperson Callum Wilson said: “After Brentford's failure to secure promotion to the Premier League, a battle to sign striker Ollie Watkins became an inevitability.
“Sheffield United were previously favourites to sign the hitman, but Leicester City's interest, with the European football they can offer, might just sway Watkins to head to the East Midlands.”
Leicester have also been linked with Watkins' Brentford team-mate Said Benrahma.

Bang on his level.

Pretty sure Wycombe won't be able to afford him.

popillius said:
Pretty sure Wycombe won't be able to afford him.
Click to expand...

You think Lincoln will?

Live the rich life in Qatar or be a bit-part player in the midlands of England. Not a tough choice. Good luck to him though.

To play on the wing? Sounds a bit daft

Played every game and 2goals and 6 assists. Burnley will see that as being worth £60m so I think we'd be better off sticking with Demarai Gray..

TornadoShaunUK said:
Played every game and 2goals and 6 assists. Burnley will see that as being worth £60m so I think we'd be better off sticking with Demarai Gray..
Click to expand...